Advanced Troposcatter Systems provide high capacity, low-latency data links for over-the-horizon distances without the need to rely on satellites or multiple line-of-sight repeaters. They also provide a level of resistance to intercept or detection that exceeds most line-of-sight microwave and satellite communications.

Modern equipment. Legacy Tech.
These systems have little in common with the troposcatter (tropo) equipment developed for long-haul communications from the 1950s to the 1980s, much like computers today bear little resemblance to the computers of that era. The common element is that all troposcatter systems function by using the non-homogenous elements present in the lowest level of the atmosphere— such as water vapor, dust, and atmospheric variations— to scatter a small portion of the transmitted energy forward in a predictable manner.

Versatile Two-Way Comms.
A troposcatter system is a point-to-point link that requires a terminal on each end, with each terminal both transmitting and receiving. Terminals can range in size from a portable transit case system, to a vehicle-mounted system or large fixed installation. The antenna(s) at each terminal are aimed at a fixed point in the troposphere, generally slightly above the horizon. The region where the antenna beams intersect is known as the “Common Volume.” The Common Volume is where this predictable scattering phenomena occurs.

No Need for Satellite.
Due to the nature of troposcatter propagation, only a tiny portion of the energy is scattered forward in a usable manner. The vast majority of energy passes on into space and is lost, and a small amount of non-useable scatter energy is lost as it disperses in other directions. A troposcatter system uses the remaining energy to create a stable and secure data link. 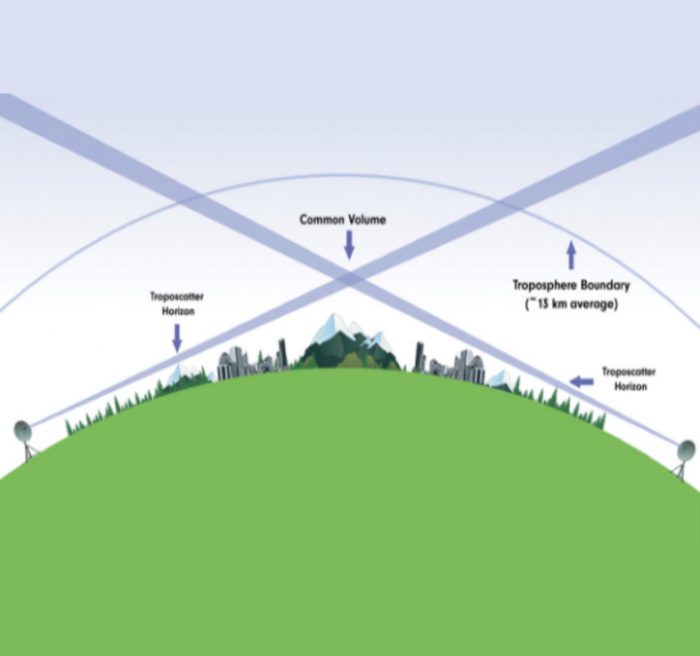 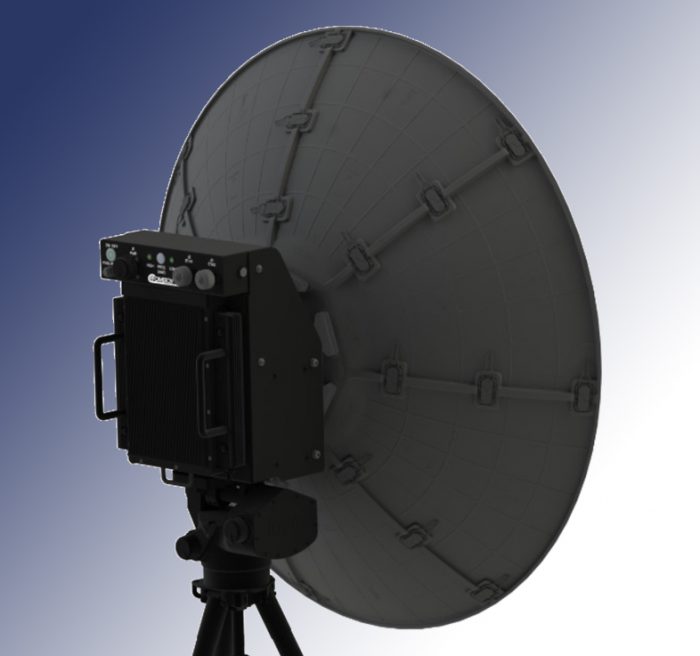 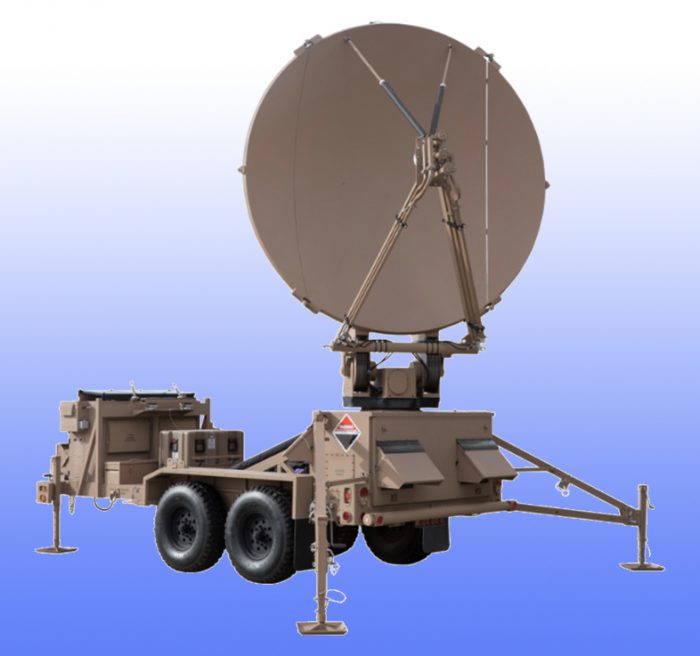